Dear guests, this excursion day tour, has been designed for who wish to enjoy the Roman country side while visiting two of the most beautiful Villas of the Unesco world’s heritage.

A professional English speaking driver from our company will welcome you at your hotel or any other place of your convenience at 9am and drive you comfortably, with a Mercedes vehicle, to Tivoli. He just drive you to the Villas without entering but he can introduce some historical features of the two complex villas, he can help you with tickets and advise a place for lunch.

Roman Tibur (Tivoli) was built on the lower slopes of the Sabine hills at the end of the valley of the Aniene river, which narrows at this point into a gorge and forms a spectacular cascades. The location was cool and pleasant and by the end of the 1st century b.c numerous wealthy romans were coming to live or spend the summer here: Cassius Sallust, Maecenas all had sumptuous Villas in the town or nearby; Augustus and the poets Catullus, Propertius and Horace were frequent visitors. Trajan also favoured Tibur, but it reached its greatest fame when Hadrian chose it as his residence and built his remarkable villa on the outskirts.
Tibur was sacred to the cult of the Sibyl Albunea.
The waters of the Aniene were carried to Rome by two aqueducts, the Anio Vetus and Anio Novus.

VILLA D’ESTE
The Villa, formerly a Benedectine monastery, was appropriated as a residence for the governor of Tivoli. When the cultivated Cardinal Ippolito II d’Este, son of Lucrezia Borgia and friend of Ariosto, Tasso, Benvenuto Cellini and the musician Palestrina, became governor in 1550, he commissioned Pirro Ligorio to transform the monastery into a grand villa with elaborate gardens, in which water features played a prominent part. An underground conduct was constructed from the Aniene, to increase the water supply.

The work was still incomplete by the time of the Cardinal’s death in 1572, and it was continued by his successor Cardinal Luigi d’Este, who employed Flaminio Ponzio after 1585. Addition and restoration were carried out in the 17 th century, in part by Bernini. In the 19 th century, the Villa and gardens were neglected, and all the roman statues were sold. From 1865 to 1886, the year of his death, Franz Liszt lived in an apartment on the top floor: it is here that he composed his famous “Les Jeux d’eau a la villa d’Este”. The villa passed to the Italian government in 1918. In 2000 the gardens and villa were restored.

For lunch you will have the chance to enjoy some typical local food in a pittoresque trattoria suggested by your driver. Then you will visit the majestic Hadrian’s villa. 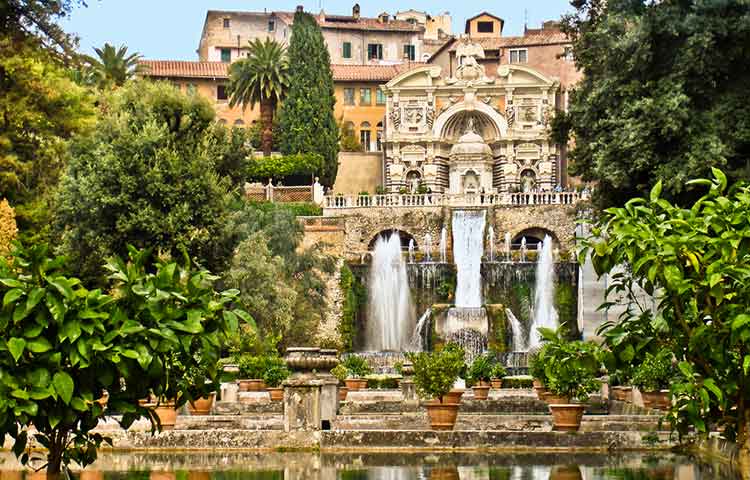 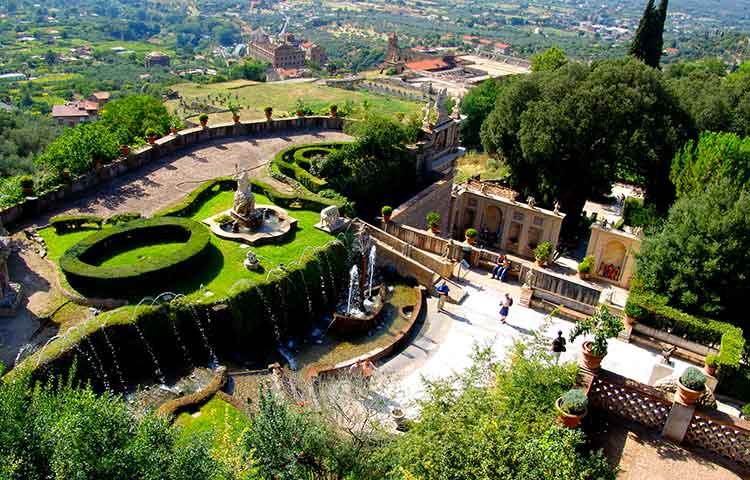 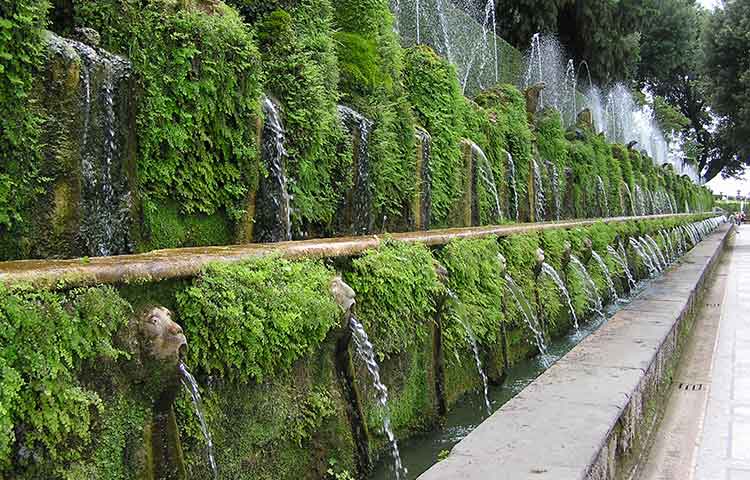 HADRIAN’S VILLA
The villa of Hadrian at Tivoli, was the largest and richest imperial villa in the Roman Empire. Hadrian became emperor on the death of Trajan in 117 a.d , and began the villa the following years later. It’s known that he prided himself on his abilities as an architect, and it is assumed that this remarkably original complex was designed at least in part by him. He seems to have used it as a residence, particularly in the summer.

Many of the buildings of the villa are inspired by monuments and landscapes which tradition had seen during his travels in the Empire. He recreated the Athenian. 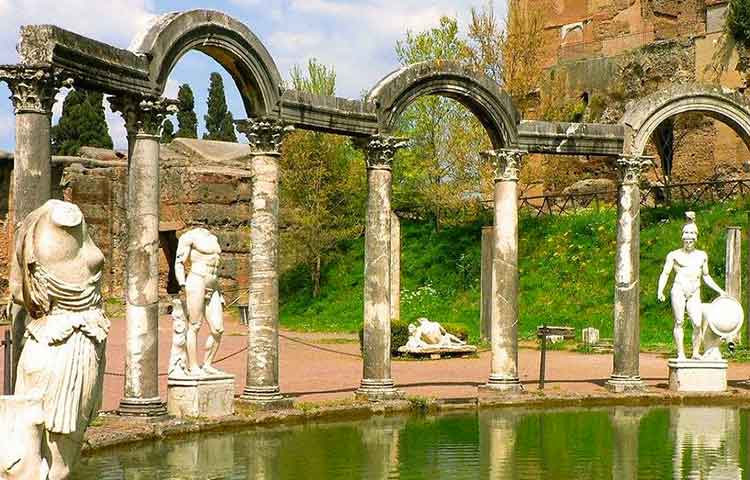 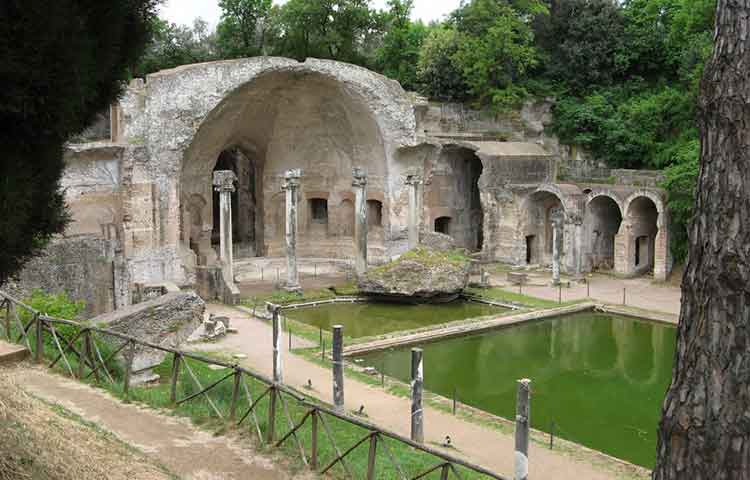 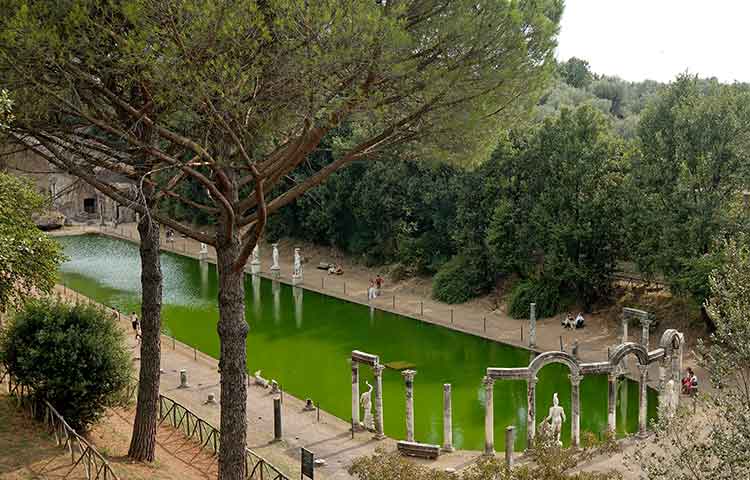