Amazing tour to Tavullia, home town of Valentino Rossi
FROM €550...

I have programmed this tour in honor of the best motor-bike rider of the world ever existed, whose name is Valentino Rossi.
Who loves motor-bike racing can not know what Valentino represents for the motor-bike category who, over the last 20 years, has won and established his supremacy in all the world's circuits.

Nine times world champion, the only one of having won in all motor-bike racing categories. The doctor, so he likes to be called or, to make a step backward, Rossifumi, because when he was a youth, was extremely fascinated by Norifumi Abe, a Japanese rider.
Who doesn't know anything about Valentino Rossi, but loves bike racing, well click here to discover a bite of his talent.
His performances have always been characterized by incredible comebacks and amazing overtakes, and the overtake made over his companion of the Yamaha team has been defined, the OVERTAKE OF THE CENTURY.

This guy has, with his sympathy and his extraordinary winning character, conquested the hearts of children, youths, and elders. His color is yellow, his number is 46 and his symbols are the sun and the moon as is his mood, sometimes good sometimes less good. We will visit his home-town Tavullia in the Marche region, about 4 hours from Rome, then we will visit his official store for some shopping, we could also eat in his restaurant-museum and drink a coffee in his coffee shop. Recently he has been given another nick name, the MARADONA OF MOTOR-BIKES. 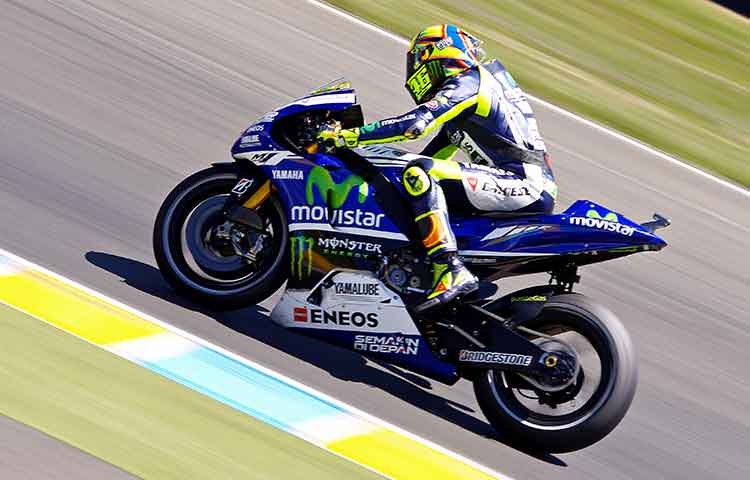