Dear guests, this tour has been programmed for those who wish to spend a day among the most significative places of Italian Christianity, where Francis, Patron Saint of Italy, was born, lived and in the name of Jesus gave up to all his belongings, for a life made of austerity, poverty and great sacrifices.

You will be picked up at 8am by a professional English speaking driver from our company at your hotel, residence or any other place of your covenience and driven, with a comfortable Mercedes vehicle, to Assisi through a breathtaking countryside.

You can download the pdf so that you can read the details of the city and monuments.

The city of Assisi is a fairly small village, surrounded by a fantastic countyside, special for having a relaxed day, away from the crowds of our common noisy cities. As you approach the city you could be overwhelmed by the sense of peace it conveys. The city was founded in roman time, but its fame and importance date back to the middle age of Comuns and , when in the 13th century the basilica of St. Francis was built outside the city centre, the town of Assisi  had already been built by using the pink and white local stones from the Subasio mountain.

San Francis died in 1226  and one year later Pope Gregory 9° gave order to construct a church in memory of Francis. The first church to be built was the inferior, then the superior superimposed the first. The church was consecrated in 1253 by Innocenzo 4°, and the overall work ended in 1367. The greatest painters of the time were summoned there to decorate the walls and the ceilings of the building. The sephulcre of San Francis in the crypt, was discovered only in 1818 but the Saint had already been buried in the church in 1230 before the inauguration. The right location of the tomb hasn’t ever been reveiled to prevent the barbarians and pirates from stealing the holy remains. 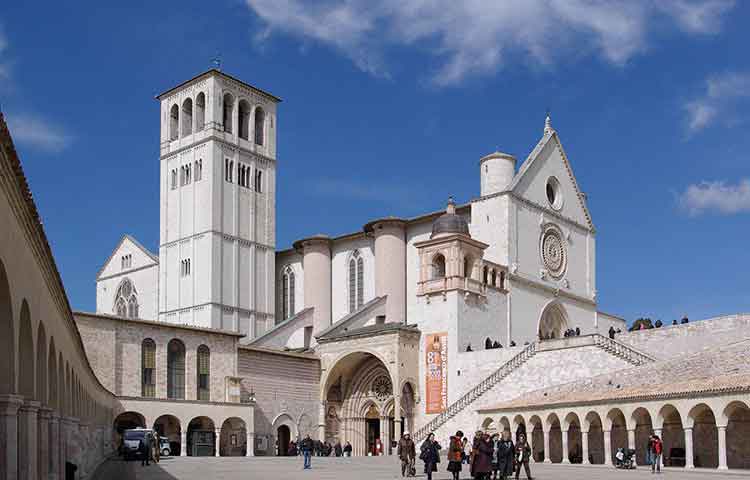 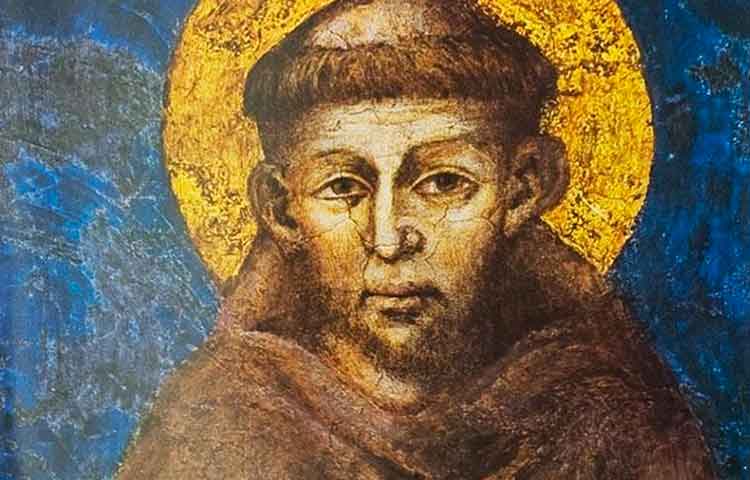 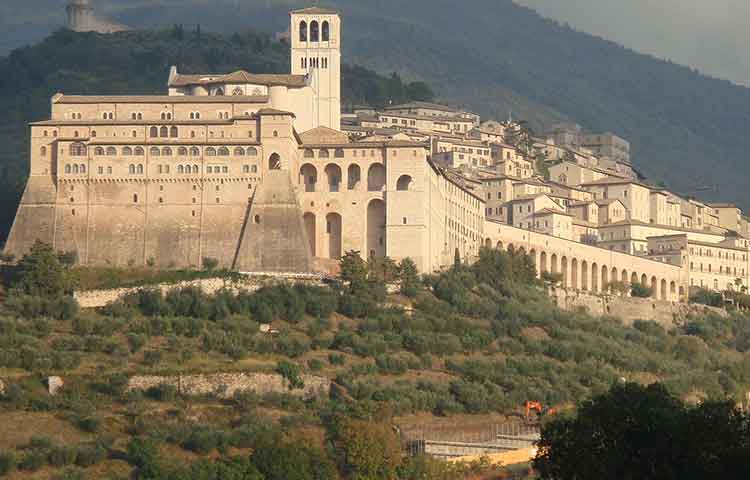 The Inferior Basilica
On the sidewalls we have frescoes relating scenes from the life of Francis and from Jesus’s passion made sometime in 1260 by a certain painter called Master of francis.
In the spandrels above the altar is the apotheosis of Francis by the same painter. The famous and celebrated Giotto can be enjoyed in the right transept which displays frescoes concerning the life of Jesus, while the left transept was decorated by Lorenzetto. 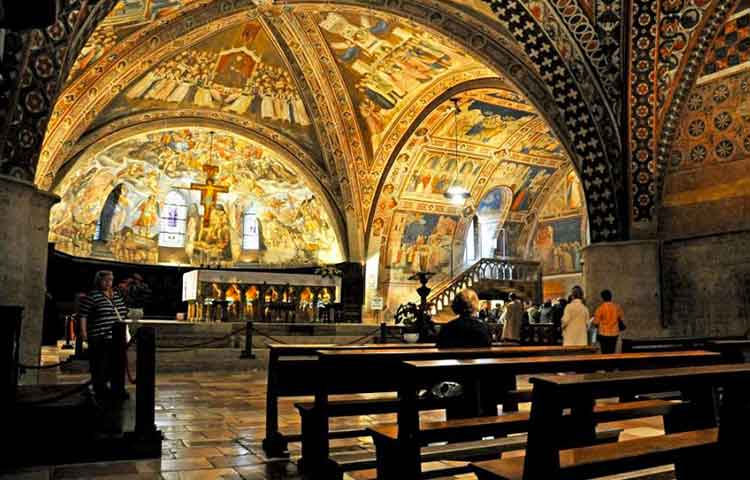 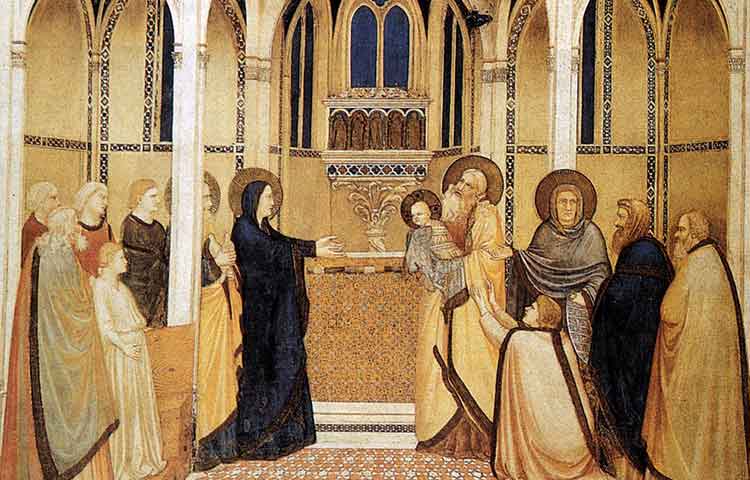 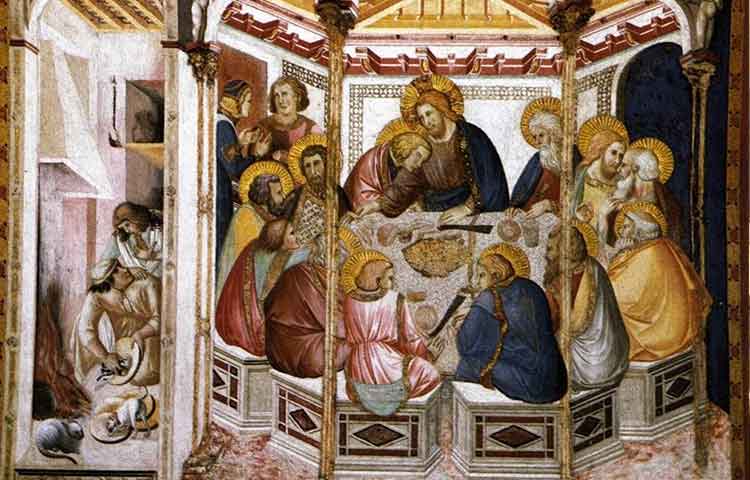 Superior Basilica
It is characterized by its pictorial decoration divided in two principal sections: the frescoes in the apse and transept by Cimabue and his workshop, and the main nave and volts by Giotto. The sidewalls of the main nave are divided in three strips, Francis’s life in the lower side, then in the central and upper bands we can detect scenes depicting the old and new testament.

The elegant wooden choir, the work of Domenico Indovino, leans against the the wall of the apse, which is characterized by paintings regarding Vergin Mary’s life. The façade, made of local stones, includes the big double rose evoking the renowned Cosmati style. It is a clear example of Italian-Gothic style. The upwarded inner space characterized by one single nave, is typical of monastic architecture, which recalls the French gotic and symbolizes the spirituality of the Saint. 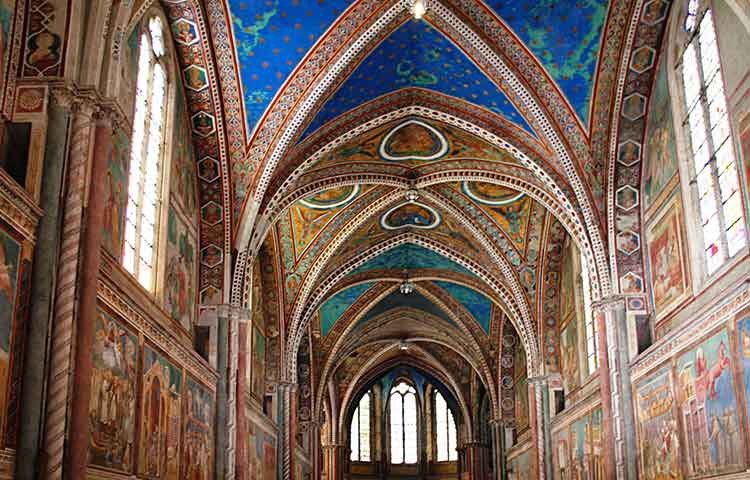 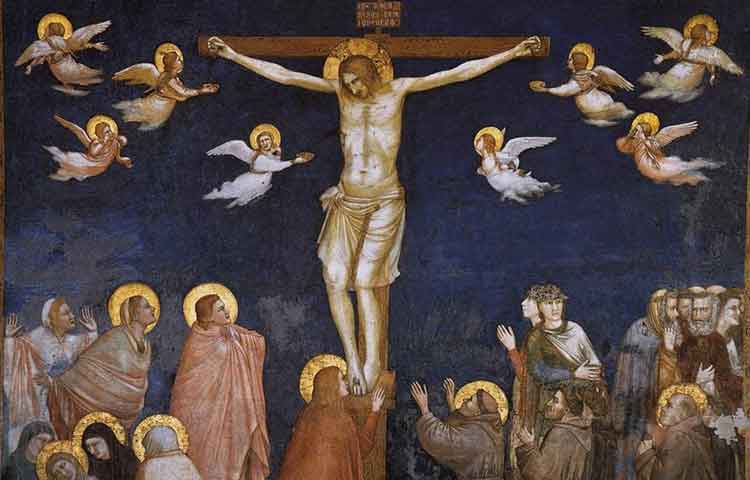 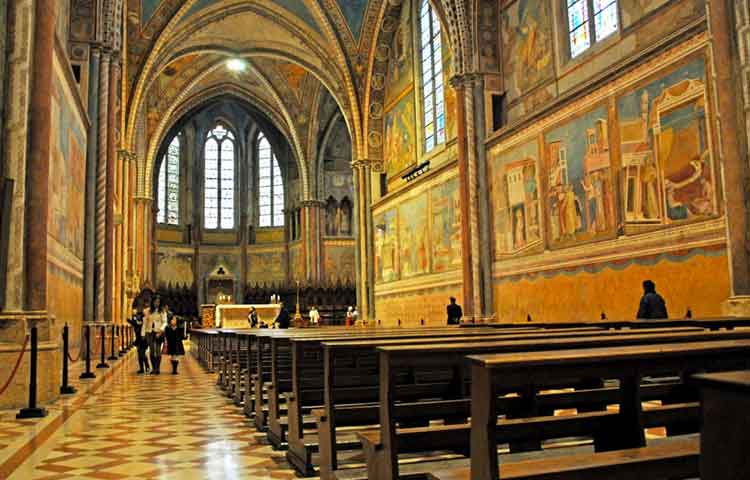 Santa Maria degli Angeli
It was one of the most significative places in the life of San Francis. Built at the end of 16th century, the church, the 7th world’s largest building and, was conceived to house and unify the structures of the famous convent called Porziuncola, where the Saint choose to live , where he founded his Religious Order, and where he died October 3th, 1226. Pope Pius the 4th, commissioned the building of this magnificent edifice, which project was entrusted to Galeazzo Alessi and completed one century later with the construction of the huge cupola.

Inside the enormous church, exactly beneath the vast cupola, is the old oratory called Chapel of Porziuncola, while the right transept is called ‘’of the transit’’, where behind the still original door, the stretched down lifeless body of the Saint was found. Noteworthy is the chapel of Roseto, whose name comes from a legend in which Francis would have made a plunge in a roses field and the thorn would have suddenly disappeared. Inside the convent of the Porziuncola there is painted crucifix and (13th c.) and a portrait of Francis made by an unknown painter who then later came to be called master of San Francis. 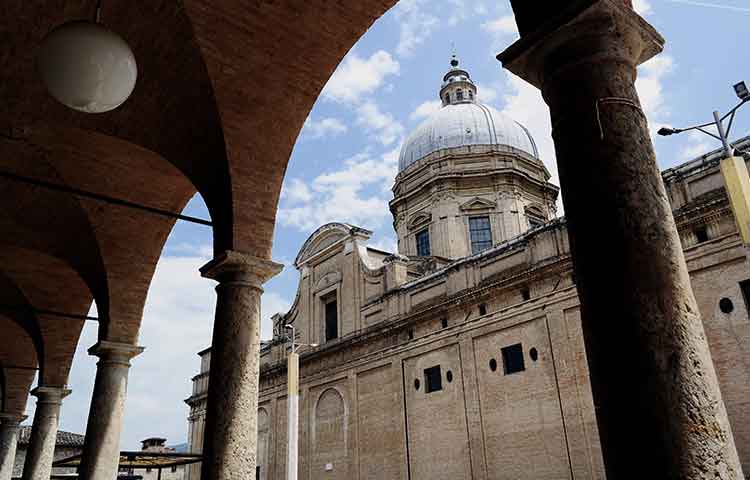 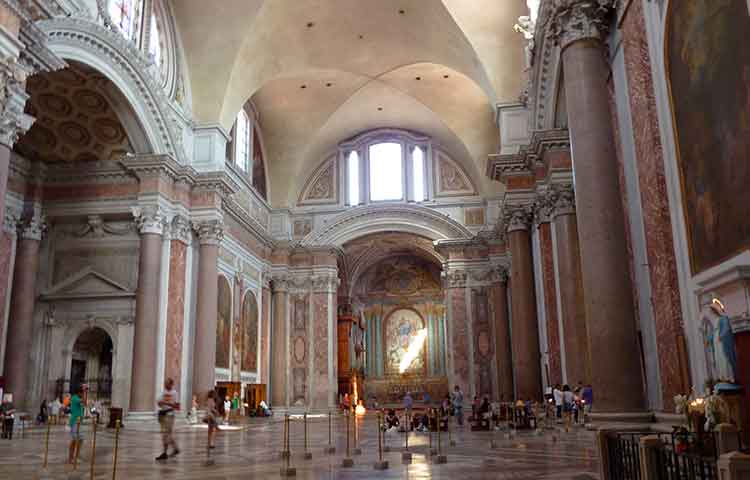 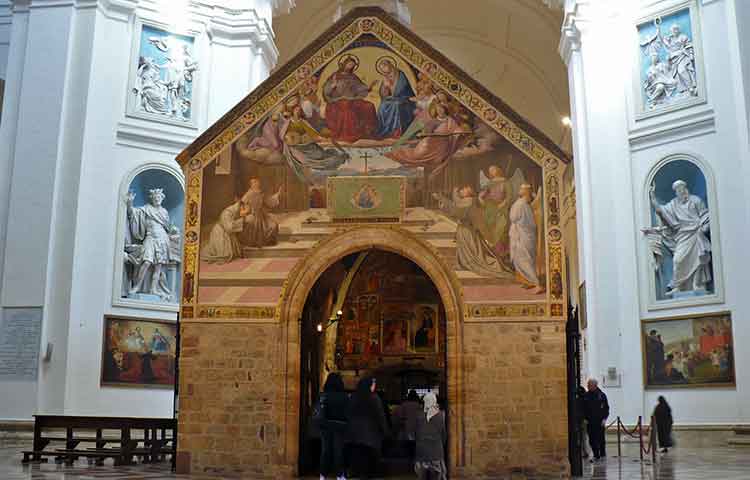 Shrine of San Damasco
This is another significative place in the life of Francis, the church of San Damaso. Here in 1205 the Saint would have heard a voice which said : <<Francis, go and restore my church which is threatening to fall>>.

According to the reporter of the time, these words were uttered by the crucifix today held in the church of Saint Claire. The edifice indicated by the wooden crucifix was that of the future church of San Damaso ,then restored by Francis and his companions. Here too, Claire founded the convent where Francis would compose the Cantico. Apart from the spiritual value of the site, the shrine is worth visiting from an artistic-architectural point of view, due to the splendid oratory of Claire, the cloister frescoed by Eusebio da San Giorgio, and by the dining room. 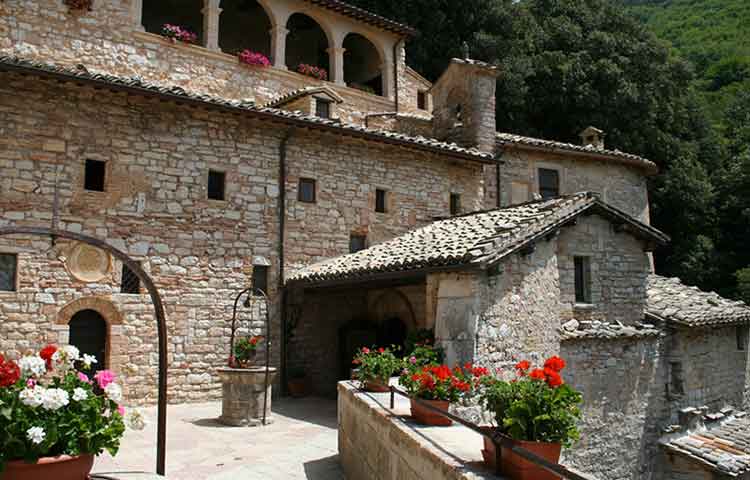 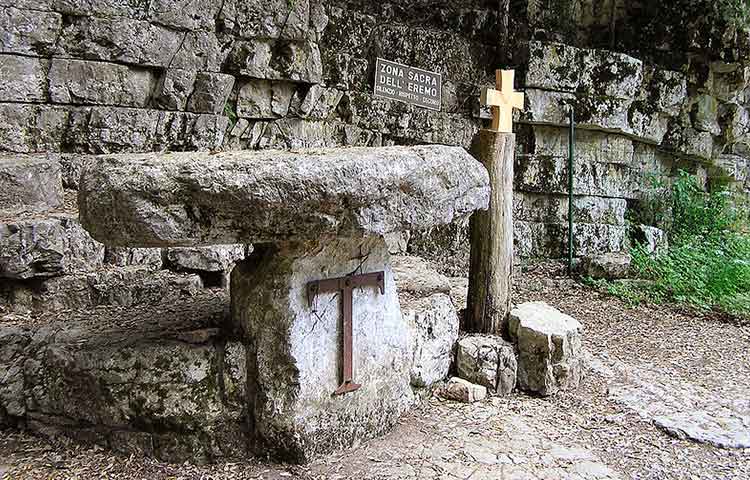 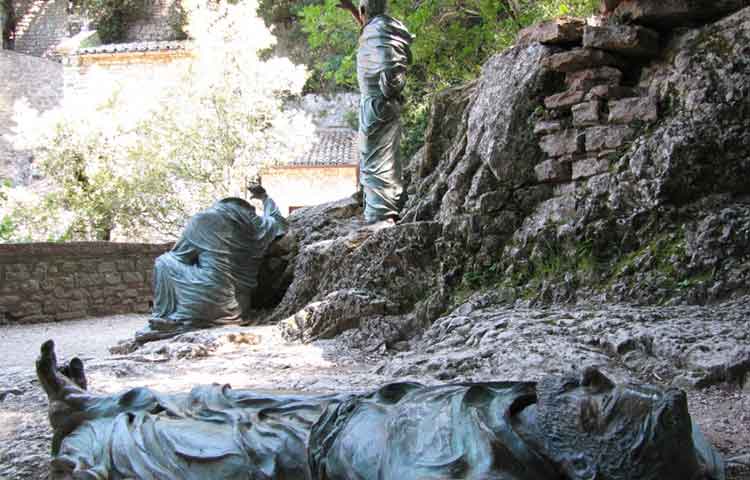 Saint Claire Church
The second biggest church of Assisi, was built in 1257 and consecrated 8 years later by Pope Clement the 4th: the body of the Saint was already buried in 1260. The façade is simply adorned by a main portal surmounted by a gothic rose ,while the right flank is supported by 3 enormous brick buttresses. The edifice is characterized by alternating pink and white local stone.

Internally there are beautiful frescoes relating the life of Claire and the chapel of holy relics holds the famous crucifix dating the 13th c. which comes from San Damaso. From Santa Chiara Church, a steep hill with steps leads to the Cathedral of San Rufino, medieval church which still preserves the baptismal font where Claire and Francis were baptized. On the left side of the church are ruins of a roman theatre and anphitheatre. On the churchyard, a plate indicates the place where the house of Claire rose.

From the cathedral you can easly get to the hart of the city, Piazza del Comune as it was in the shape of its last restoration. It develops around the roman temple dedicated to Minerva built during the first c.ad. and transformed into a church sometime in 15th c. The square is also enclosed by two important edifices: the palace of the Captain of People and the palace of Priori (1300c.)
We suggest wearing comfortable shoes and appropriate clothes for the visiting of churches, monuments and museums. 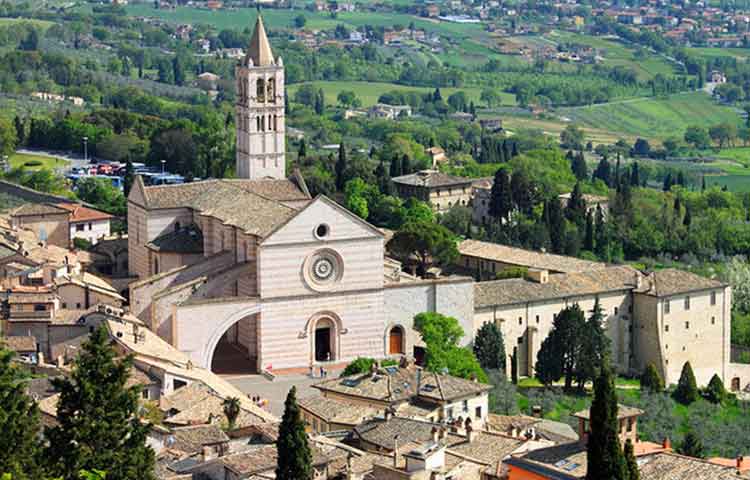 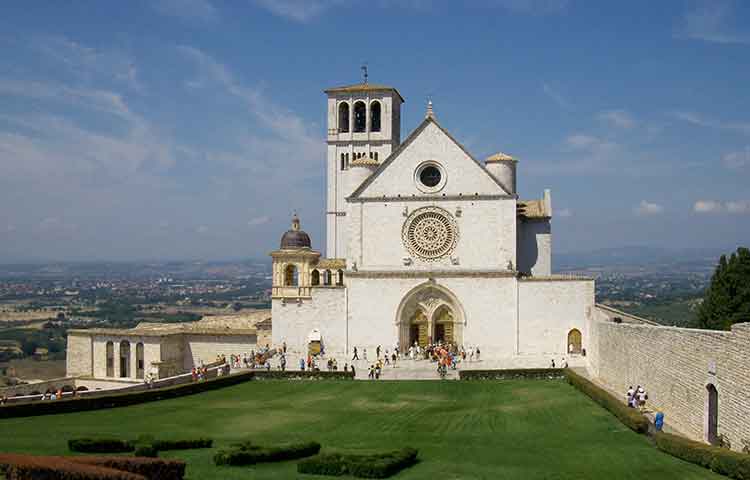 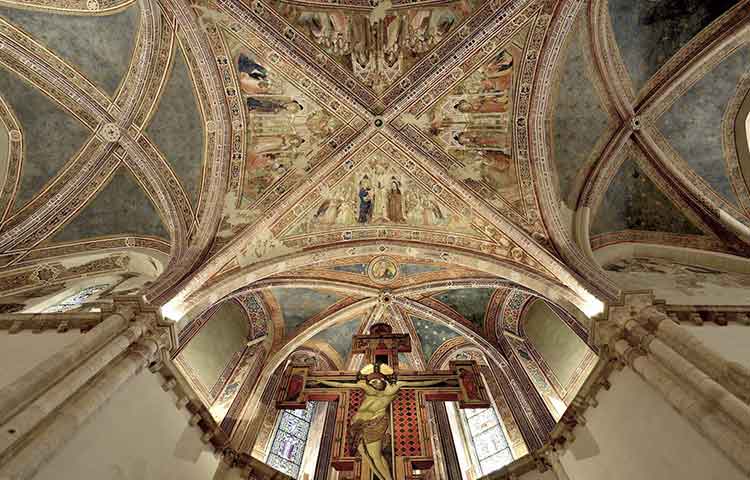